Do you have silver or gold dental fillings? Go ahead and count how many you have in your mouth. Do you have more than 8 gold or silver fillings? If so, you most likely have elevated, toxic mercury levels in your blood. How do we know?

Because, for the first time, a group of researchers demonstrated “a relationship between dental fillings and mercury exposure in a nationally representative population (source: http://www.newswise.com/articles/have-more-than-eight-dental-fillings-it-could-increase-the-mercury-levels-in-your-blood).”

Toxic mercury levels and your body

The researchers of the study (titled “Associations of blood mercury, inorganic mercury, methyl mercury and bisphenol A with dental surface restorations in the U.S. population, NHANES 2003–2004 and 2010–2012”) analyzed certain types of mercury commonly found in dental fillings; and as we know, high levels of mercury is toxic to anyone’s body.

High levels of mercury can also cause damage to the:

The connection between amalgam dental fillings and toxic mercury levels in your blood Xiaozhong “John” Yu, a co-author of the study and an assistant professor of environmental health science at the University of Georgia, stated:

“As toxicologists, we know that mercury is poison, but it all depends on the dose. So, if you have one dental filling, maybe it’s OK. But if you have more than eight dental filings, the potential risk for adverse effect is higher.”

Furthermore, if you have multiple fillings and are exposed to mercury through consumption of seafood or within your work environment, you’re at an even higher risk for toxic levels of mercury in your blood.

Highlights of the study—what does it mean for you?

The researchers did not find an association between dental fillings and urinary BPA. “Additional studies are needed to further assess the potential systemic absorption of BPA released by dental materials or dental sealants shortly following dental procedures.”

Mercury was associated with dental fillings. The researchers found significant positive correlations between the level of mercury in the blood and dental restorations (fillings). This raises major concern for patients who are concerned about mercury exposure.

Another option that may become available much later down the road is a dental filling that can actually inhibit bacterial decay, which is presented by Professor Robert Hill, Chair of Physical Sciences at the Institute of Dentistry at Queen Mary University of London and co-founder and director of research at BioMin Technologies.

Remove your metal fillings and replace them with composite fillings

If you currently have one or more mercury-laden, metal filling in your mouth that you’d like to get removed and replaced, call Advanced Cosmetic and Family Dentistry in Alpharetta, GA.

We can safely remove metal fillings, thereby decreasing the level of mercury toxicity in your body.

In the meantime, prior to your appointment with Dr. Silverman, we invite you to watch our patient testimonial videos: https://www.acfdga.com/testimonials/.

The full version of the mercury toxicity study (titled “Associations of blood mercury, inorganic mercury, methyl mercury and bisphenol A with dental surface restorations in the U.S. population, NHANES 2003–2004 and 2010–2012”) is scheduled to be published in the December publication of Ecotoxicology and Environmental Safety. 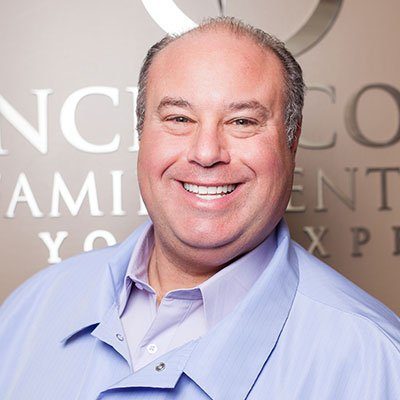